Yesterday we celebrated our first Bastille Day in Toulouse.  Jim said he’d been walking around all week wishing his French coworkers a Happy Bastille day only to be met with blank or confused stares.  Then, we found, it is not Bastille Day here in France.  It is La fête nationale.  Apparently only English speaking folks refer to the fourteenth of July as Bastille Day.  Learn something new everyday.

For those of you wanting a bit of a history refresher…what exactly is celebrated on La fête nationale?  Well, it’s a commemoration of the storming of the Bastille (a Parisian prison) in 1789 during the French Revolution.  Revolution from what, you ask?  From the French Monarchy – Louis XVI and Marie Antoinette.  One year later, France celebrated the unity of the French nation to symbolize peace featuring a large feast, fireworks, and even folks running through the streets nude (we only saw the fireworks).

Fast-forward to 2016, and we were celebrating the day in Toulouse.  A coworker of Jim happens to live in a building along the Garonne with a balcony.  This, dear friends, was a site perfect for watching the concert and subsequent fireworks.  Fireworks started promptly at 10:30 and were coordinated with some of your favorite Disney tunes (in French, mostly) like, “Be Our Guest,” “Never Had a Friend Like Me, ” and “Let it Go,” to name a few.  We had all agreed it was one of the best fireworks shows we’d seen in years.  Some of my favorites were the little fireworks that were floating on the river (seen below). 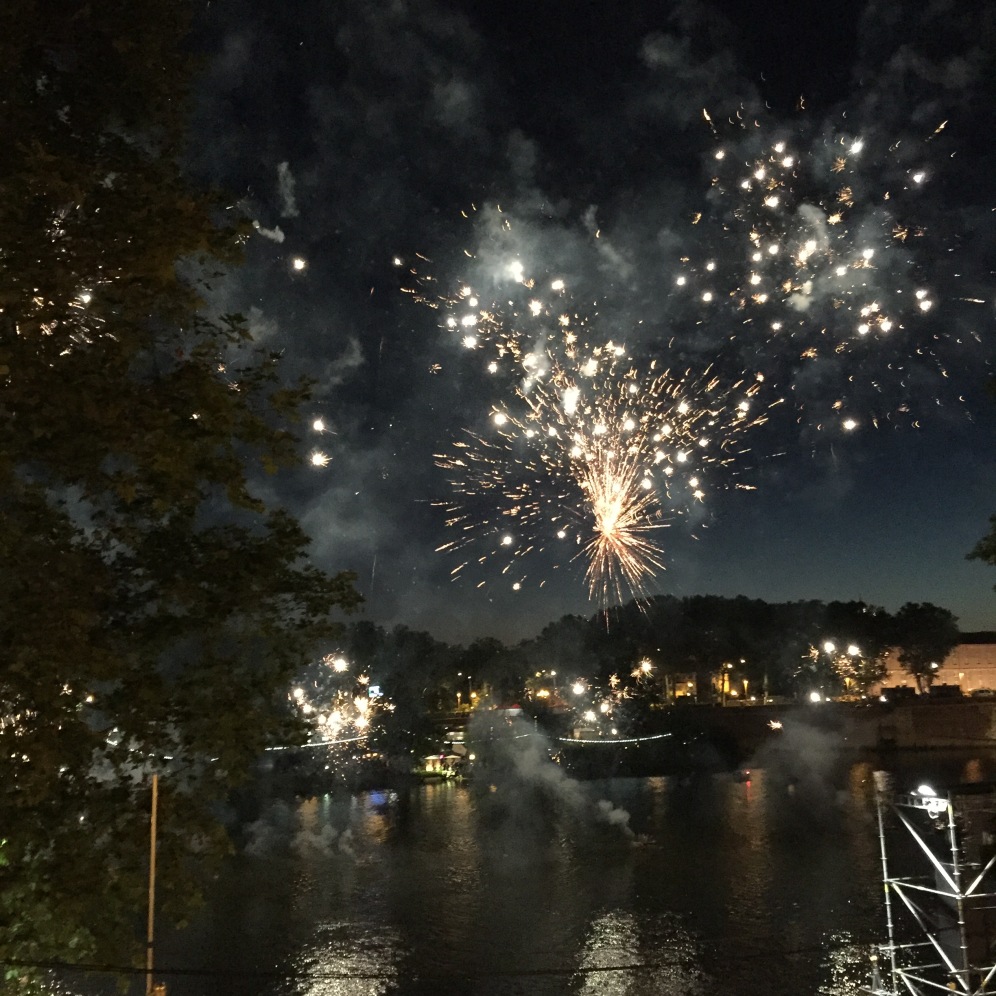 After the fireworks we made our way back home, where I snapped the below photo of the Capitole, one of the only places where we saw a French flag flying yesterday.  It really is a gorgeous building, and it looks even better all lit up.

When we were home, we received news of the deaths in Nice.  Horrible.  Not at all how we anticipated ending our first fête nationale.  What started on such a positive & joyous ended on a far more somber note.  It’s been quite the six months or so in the USA as well as in France.  Our hearts and thoughts go out to those in Nice.