I can still remember the first time I tried chouquettes.  Not because it was less than a year ago, but because it was so tasty, and I’ve continued to purchase and eat them at least once/week during my trips to Marché Victor Hugo and stops at my bakery, La Maison Beauhaire.

What are they?  Well, I asked my favorite boulanger the same question the first time I saw them.  Her response, “C’est un peu de goût.”  Then she pronounced it for me (it sounds like shoe).  It wasn’t until I was watching an episode of The Great British Bakeoff (which, if you’re not watching this, start – it’s fantastic) where they were asked to make choux pastry.  Unsure what this was, I looked it up.  “Ah-ha!”  Now the name of the little snacks made perfect sense.  They’re little choux pastries.

In my pastry class from a few weeks ago at Labo & Gato, we learned how to make pâte a choux (or choux pastry) for eclairs.  As such, I figured I could also make chouquettes using the same recipe.  They were terrific and Jim approved.

135g d’oeuf entire (entire egg – if necessary, add water to get it up to weight)

In a saucepan, heat the water, salt, sugar and butter cut into pieces. Bring to a boil.

Remove the mixture from the heat and add the milk powder.  Return to heat and stir well until a broth has been created.

Remove from heat, add flour.  Rapidly stir the mixture until pieces pull away from the pan and form a ball in the center.  Add back to low heat and dry out the dough.  This could take about 4 minutes or longer. 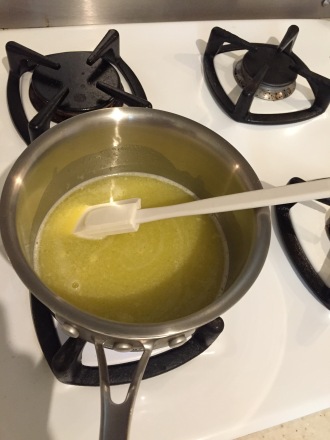 Move the paste (ball of dough) into a bowl and begin to add the beaten eggs.  Rapidly stir until a thick paste has formed (image 2 below).

Using a pastry bag fitted with a novel, place the dough on a baking pan topped with parchment paper. 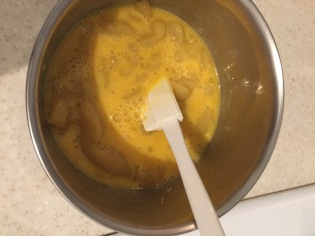 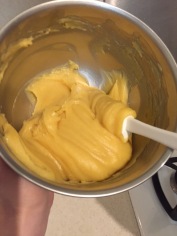 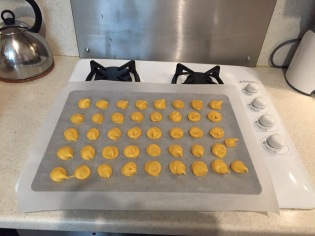 Once all dough has been piped out, add your pearl sugar to the top of your pan (see image 1 below).  Then angle your pan and shimmy the pearl sugar in a downward motion.  This will effectively cover all of your chouquettes quickly and evenly.  Place the excess sugar back in the bag.

Remove from the oven & enjoy (I prefer them after they’ve cooled a little bit).

I promise this will be a go-to snack that’s easy to make and hard to stop eating.  If you like this idea, but prefer something a bit more savory, you should try gougeres.  Equally yummy, but far cheesier.