When we moved to Toulouse we decided to only bring our absolute favorite/most versatile cookbooks with us from San Francisco.  This was a tricky task.  Why?  Well, I’d wager between Jim and myself we probably have at least 50 cookbooks, most of which belong to me and feature baking.  For whatever reason, none of my baking cookbooks made the cut and are hanging out in a storage facility in the Bay Area.  As such, I’ve been slowly collecting cookbooks with baking recipes since we moved.  This Christmas Michael and Michelle gave me a real baking gem – Zingerman’s Bakehouse.   We haven’t even been home a week, but I’ve already made two delicious treats from these pages.  The first being their incredibly delectable sour cream coffee cake.

Now, you might be wondering, “Victoria, this is a bakery out of the Detroit/Ann Arbor area.  How did you find out about this bakery & cookbook?”  And that would be a terrific question to ask.  You see, a good friend of mine (Jacque…a Michigan transplant) sent me their coffee cake as a housewarming gift when I moved from Philly to San Francisco back in 2012.  It was so delicious that I started sending it as housewarming gift to other friends and got on their mailing list.  When they announced they had a cookbook, I immediately knew I needed it in my library, as delicious coffee cake can make any weekend plans just a little bit better.

If you’re unfamiliar with Zingerman’s or their sour cream coffee cake, I highly recommend you think about ordering one for yourself OR picking up the cookbook.  They sell their version, and it keeps for up to two weeks (this is a totally true statement, as I didn’t share my gigantic cake with anyone and lovingly enjoyed every last crumb for close to two weeks).  It’s also a relatively easy cake to bake at home.

If you’re a beginning baker, I’d also recommend picking up this book, as they’ve got some great tips on ingredients and have written the recipes in a way that will easily let you know what to and not to do when making their treats.  One pearl of wisdom was warning the baker NOT to adjust the recipe until he/she had baked it once exactly as-is.  I had to break that rule as (not surprisingly) I had to adjust the recipe (just a little bit) to account for the difficulty of finding sour cream in France (hence the name change to créme fraîche coffee cake) as well as brown sugar (had to use cassonnade, instead).  I’m happy to say the cake came out perfect, even with these two ingredient changes.  Now I’m just dreaming about how to add chocolate into the mix… 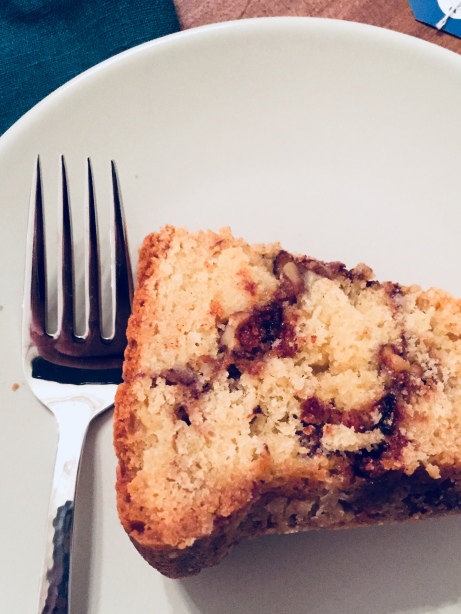 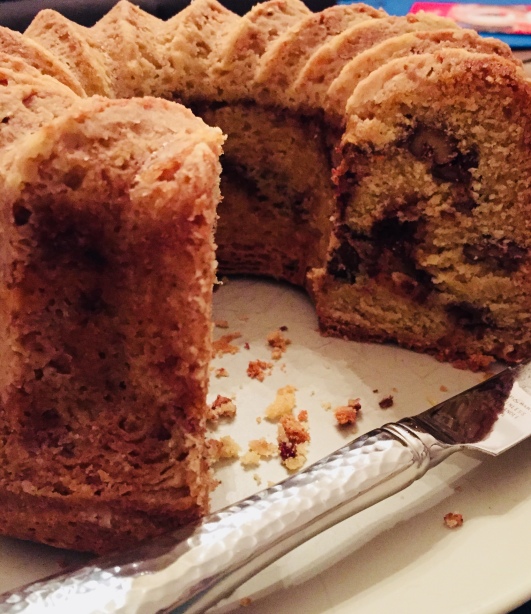